In February 2022, 164 Norfolk ladies met “virtually” and selected the Norfolk Refugee Committee as the recipient of $16,400.  While the NRC has sponsored 3 families since 2016, these funds will be used to help support a family of five (5) currently living in Jordan. 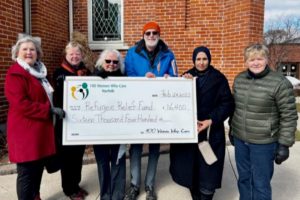 This family fled Syria when their town was bombed repeatedly by rebel forces.  The family initially fled to a refugee camp at the Jordanian border but subsequently moved into Jordan to live with another refugee family.    As refugees in Jordan, they have experienced persecution and discrimination.  Schooling has been difficult and intermittent, and the children have been attacked.
Coming to Simcoe, their lives will literally be saved and transformed.
These funds will cover approximately 60% of the first years rent until such time as the family is able to get settled and look for employment.
The family has been vetted and approved by the Canadian Government for immigration to Canada as refugees and they should arrive within the next few months.
This presentation was submitted by Linda Bird.  The other two presentations selected for consideration were Port Dover & Area Lifeline Food Bank (Anita Hillis-Krause) and Simcoe Composite School (Patricia Hall). 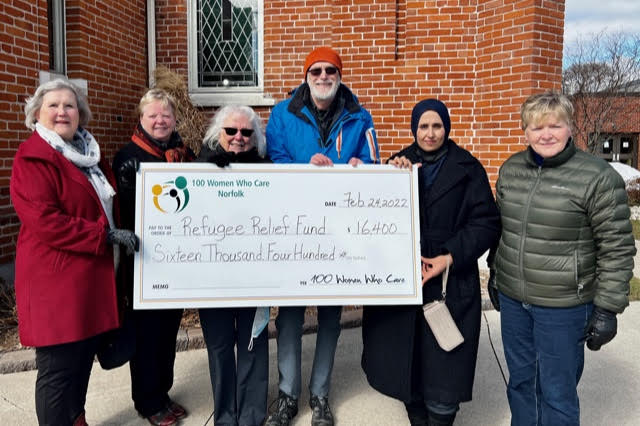 COVID-19 Protocol.  Until further notice, all meetings will be conducted via EMAIL.

When meetings are able to safely resume, they will be held at the Army, Navy & Airforce Bldg., 53 Water Street, Simcoe  Corner of Culver & Water, Simcoe – enter off Culver Street.

Meeting dates:
Months of February, May, August and November