We did it again! We raised $15,400 for Simcoe Special Olympics. The donated funds will be used for transportation to and from competition venues outside of Simcoe, accommodations for qualifying athletes and coaches (E.g. Recent Vancouver National Games and Montreal swim competition), uniforms and equipment for the various sports and finally, it will help to fund the expansion into basketball, bocce ball, track and curling. Deana Hill presented on their behalf.

The other two (2) well-deserving charities who presented were: The Alzheimer’s Society and Habitat for Humanity.

This meeting marked our first anniversary. Including this meeting, we have now raised over $70,000 for Norfolk County Charities. 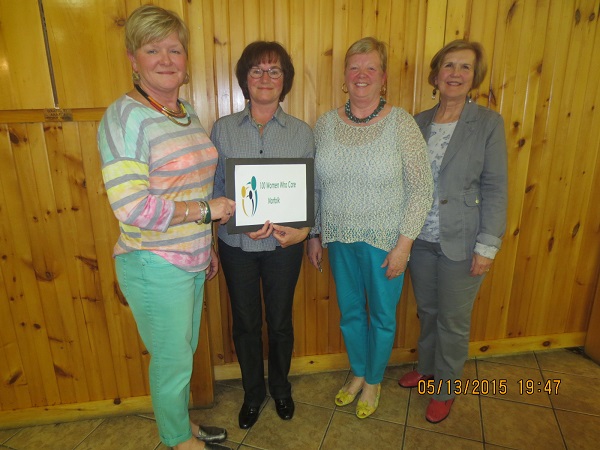 Pictured above are Michelle Grummett, Deana Hill who presented on behalf of Simcoe Special Olympics, Beth Redden and Sue Goble.

COVID-19 Protocol.  Until further notice, all meetings will be conducted via EMAIL.

When meetings are able to safely resume, they will be held at the Army, Navy & Airforce Bldg., 53 Water Street, Simcoe  Corner of Culver & Water, Simcoe – enter off Culver Street.

Meeting dates:
Months of February, May, August and November